by Alberto Magnaghi. Book presentation on 26 May 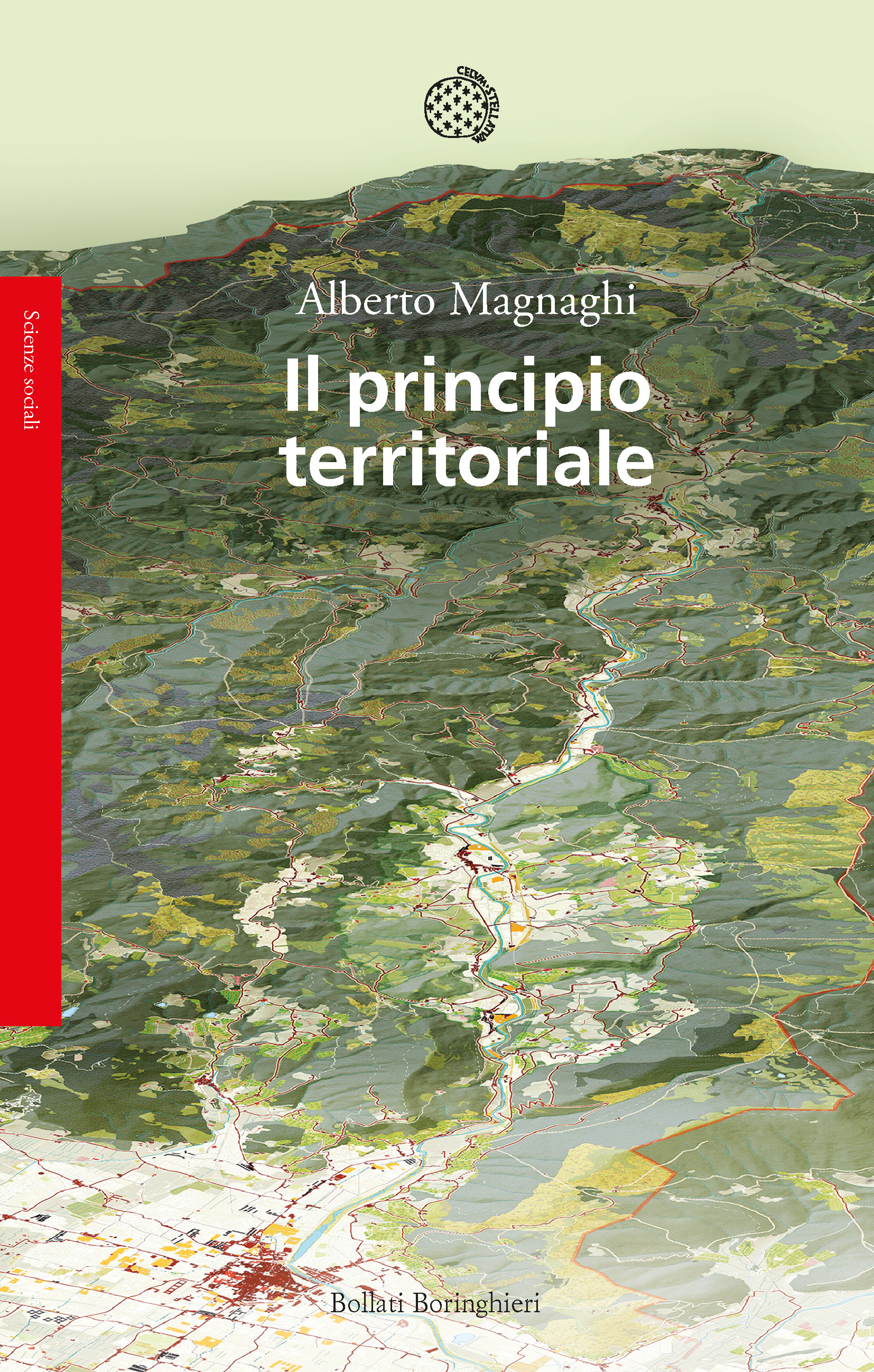 Il principio territoriale by Alberto Magnaghi, published by Bollati Boringhieri in 2020, deals with the territory as the "common good" par excellence. Formed by cities - small, medium, and large - villages and hamlets, agroforestry and environmental systems, urban and rural infrastructure, it is a real living organism, whose genes, personality and beauty, are the fruit of coevolutionary processes between human settlement and the environment settled in the course of history. These identifying characteristics and their dramatic pulverisation in the Megacity race to the global urbanization of the planet are analyzed, in dialogue with the multidisciplinary culture practiced by the territorialists and with the many people involved in active citizenship who are creatively renewing them for collective well-being. From this point of view, re-inhabiting the territory becomes for Alberto Magnaghi a political act and its planning, nourished and addressed by new forms of community democracy, a possible way out of that divorce between nature and culture that has led us to the alienation due to limitless growth.

"Returning to the territory" - to the land, to the mountains, to the urban areas, to the local socio-economic systems - means finding the rules that allow us to face the production of space as a "human environment" in ways that can strategically deal with the deep global ecological crisis that we are experiencing. Drawing a path that, through the growth of "local consciousness", goes from the collective recognition of capital values to the integration of hydraulic, environmental, urban, energy and production agroforestry cultures into a bio-regional project, Magnaghi condenses his experiences and his overall vision by defining in an organic and complete form that "territorial principle" that will be able to guide the course of a future eco-territorialist civilization.

Alberto Magnaghi, an urban architect, is a Professor Emeritus at the University of Florence, where he co-ordinates the research unit "urban bioregion project" (probiur) and is President of the Society of Territorialists. He is the designer of different urban, territorial and landscape plans of strategic, integrated, and participatory character for the social production of the territory and the landscape. He has coordinated research projects and experimental laboratories for the  Ministry of Education and for the National Research Council on self-sustaining local development, the identity representation of the territory, the "territory project" and the "urban bioregion" (1986-2014). Among his latest essays: La Biorégion urbaine: petit traité sur le territoire bien commun (2014), Coscienza di classe e coscienza di luogo (with G. Becattini, 2015), La Conscience du lieu (2017), Patrimonio territoriale e coralità produttiva. Nuove frontiere per i sistemi economici locali (con G. Dematteis, 2018), Luoghi, patrimonio, paesaggio (2019) and The Urban Bioregion in the Territorialist Approach (2020). He also edited the volumes: Territorio bene comune (2012), La regola e il progetto: un approccio bioregionalista alla pianificazione territoriale (2014) e La pianificazione paesaggistica in Italia: stato dell’arte e innovazioni (2016).

Promoters of the initiative:

On 24 and 25 of June University will be closed, on the occasion of the feast day of San Giovanni, patron saint of the city.